Phil Bond is the head of Government Relations for Potomac International Partners, and is also Executive Director of the WERHERE Coalition – a nonprofit advocacy group that pushes for responsible internet tax legislation.

In what seems to be a summer of impactful decisions, the Supreme Court has issued yet another landmark ruling in the past few months, this one aimed at the long-standing dispute of how to handle sales taxes for online purchases. Particularly at issue is how this will affect the thousands of small business who operate on online selling platforms like Etsy, eBay, Overstock, and Bonanza.

The issue is a thorny one, and its roots go at least as far back as the 1992 case, Quill Corp v North Dakota that established what internet tax wonks dub ‘the physical presence threshold’. This ‘physical presence’ requirement was based on the fact that a state should not be able to levy taxes on a person, business or corporation that does not have a physical presence in that state – basically upholding the mantra of no taxation without representation. The basic reasoning was that in the absence of physical presence, the sales involved amounted to interstate commerce – which the Constitution specifies as an area in which only Congress can regulate.

Fast forward 25 years to 2013 and the introduction of the Marketplace Fairness Act (MFA). The MFA raised the war flag again for tax-hungry states and motivated a host of state and federal legislators to examine the issue more closely and see if they, too, were ‘missing out’ on supposed millions in sales tax revenue. In essence, the MFA would have required all online sellers, with a small-seller exemption of $1 million dollars as set by the sponsors – the bill did not even go through committee – to collect remit sales and use taxes for all purchases made online.

The problem with this? There are over 9,600 taxing jurisdictions in the United States. That’s a daunting number for small business owners who are simply taking advantage of the growing trends of online consumerism. What’s worse is that within those taxing jurisdictions, different items can have different rates, further complicating the calculations. Additionally, the software fix that so many tax-reformists are claiming will be a magic pill is anything but –the small business owners still have to learn how to navigate and use the complex software, secure storage for it, manage updates and more. As Mark Faggiano, founder of TaxJar, a software program to help with tax compliance, has noted: ‘Even if the software is free, compliance will be so costly that the online seller making $1 million in revenue will take on huge new costs that may force him out of business.’  Perhaps most importantly, should they make any mistakes, they are immediately open to audits from other states who are seeking tax revenue for which that seller will get no benefits from. Sounds fair and fun, right?

The implications of this case cannot be understated: The overturning of Quill v North Dakota amounts to a declaration of war on small online retailers. The big-box retailers, who are already in compliance with tax law, will now advocate for implementation of onerous internet tax legislation across the country that will drive their smaller competition out of business. What is sure to come in the following months will be deluge of state bills aimed at squeezing every last tax dollar out of the small businesses communities in their states in the name of ‘leveling the playing’ field and padding their often debt-ridden state coffers. The reality is that these states simply see another source of revenue and are ignoring the potential pitfalls of poorly conceived legislation.

As states seek to implement laws of their own to take advantage of this new landscape, it’s important that they not undervalue small businesses and their contributions to communities. Policymakers need to understand that companies, jobs and tax revenues will disappear if they pass laws that are unfair to small businesses.

For instance, the MFA’s small business exemption of $1 million dollars is an artificially low number as WE R HERE members know all too well.  A million dollars in sales does not make a business owner a millionaire, especially in an industry known to have margins of just 1-2%. Any good legislation should reflect that. The Small Business Association estimates that the threshold for a small business exemption should be about $30 Million dollars, a stark contrast to what the MFA proposes. Educating both state and federal legislators on the true value of a small business, and on just how adversely this new tax regime could affect them is both necessary, and urgent as states hurdle down the road towards crafting their own responses.

That’s why WE R HERE members will be asked often in coming months to contact state legislators and educate them on the issues mentioned here. We must fight on, or risk allowing the mega-retailers to crush their smaller competitors. 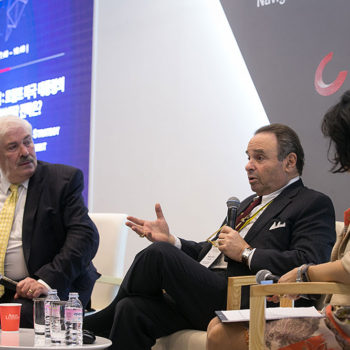 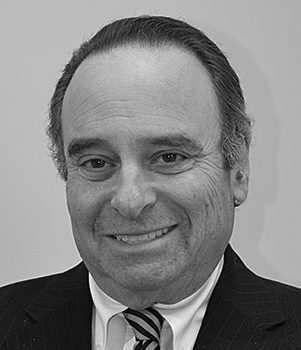